Darn it, I think I’ve fallen in love with another unreleased phone.

This week, it’s the Nokia N91. It was announced a couple months ago, and isn’t supposed to ship until late in 2005. It’s going to be marketed as a “music phone,” but I think the specs more or less speak for themselves:

You can get more details from Nokia’s own flashcrapular site. 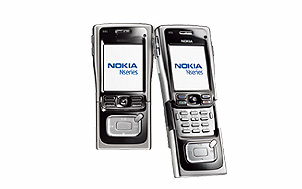 The thing that I find so fascinating about the N91 is that it can replace practically every device that I’ve been cramming into my pockets:

The other thing that fascinates me about the N91 is its SIP support. The specs list support for JSR-180, which is SIP for J2ME apps. There are rumors online that the demo N-series phones have native SIP support in the phone UI. That’d let me use the N91 as a cordless phone when I’m at home or at work, which is just one more thing to like about it.

Of course, there have to be downsides–the camera doesn’t look as good as the one that comes with the N90 (but the N90 doesn’t have 802.11 or the hard drive). It doesn’t have the N90’s video-conferencing camera, either (that’d be cool with SIP). It’s kind of big. It doesn’t have a keyboard (although external bluetooth ones will work). It won’t ship until the very end of 2005. The specs don’t list 850 MHz support, although they’re clearly marketing this to the US, so presumably there will be a US model with 850⁄1900 MHz support. Finally, the price: at least $700 US before subsidies, possibly closer to $900. So, frankly, it’s probably too expensive for me to buy, but I’m going to be really tempted. Since Palm is rumored to be saving the next Treo for Spring of 2006, the N91 may not even have any competition for “Cool Phone of the Year” in my mind.